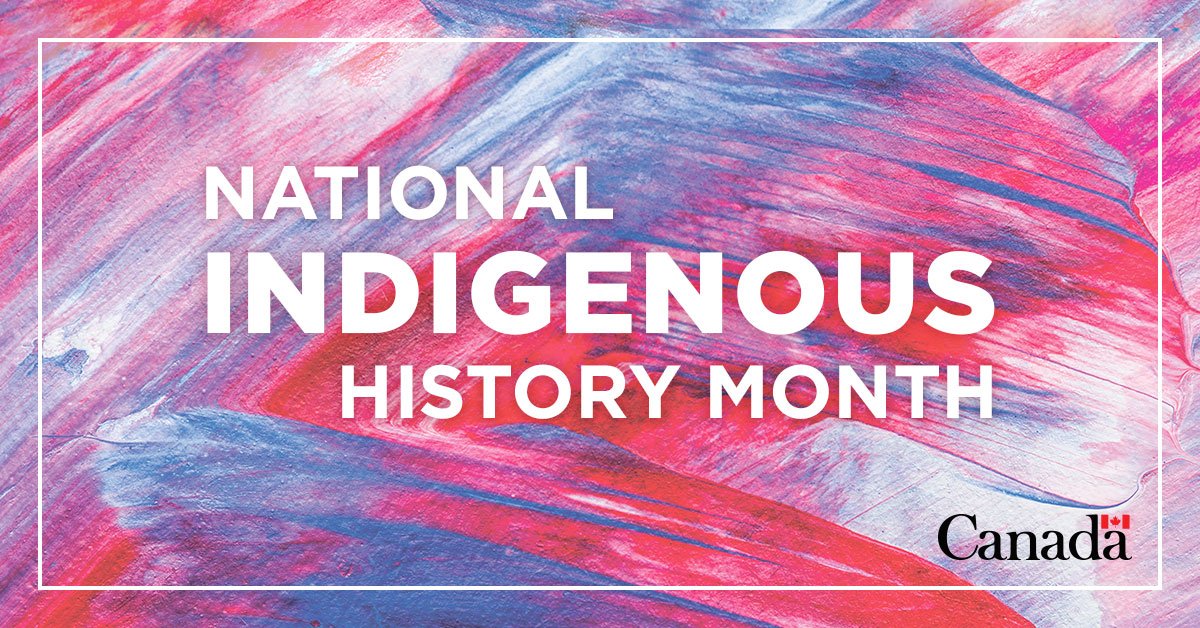 Over the last 12 years, we at Jouta have had the honour and privilege of working with more than 75 Indigenous communities and organizations. During this time, we’ve built many relationships, shared many stories, and learned much about Indigenous challenges and accomplishments. We are also aware that we’re only scratching the surface with our knowledge – as is the case for many Canadians. For that reason, in honour of our Indigenous clients/friends, their communities and beyond, we share this with you in hopes that we can all learn and understand more.

During this month and on Indigenous People’s Day, Indigenous people celebrate their ancestry, roots and culture, in part to revitalize, reclaim and be proud of these fundamental aspects. It’s an opportunity to explore, engage in and share their cultural traditions, practices and ways. For non-Indigenous people, it’s also important – in part because it’s a significant part of Canada’s history, which, for most of us, wasn’t taught in school. It also helps us to understand that when we celebrate Canada’s birthday (especially “milestone birthdays” like 150), it’s like denying the existence of people who inhabited this land for 12,000 years, in addition to the colonization, segregation and assimilation that occurred. Further, it’s an opportunity for everyone to learn about, share and celebrate the richness and diversity of Indigenous culture.

Although the Indian Act (enacted in 1876 to apply to First Nations people) has been amended several times, it still exists and “is deeply interwoven into the fabric of First Nations” (Merle Alexander, Kitasoo Xai’xais First Nation). It ultimately allows the federal government to control many (if not most) aspects of First Nations peoples’ lives, including their status, land, resources, education, and band administration. Its very existence is testament to the pervasive and inherently racist statement of European/White superiority over Indigenous people.

In the book 21 Things You May Not Have Known About the Indian Act, Bob Joseph comprehensively outlined several fundamental aspects of the Indian Act. Not least of these were the creation of reserves, introduction of residential schools, and denial of First Nations language, cultural, spiritual and traditional practices. As a result of the Act, as well as the prevailing impact of racist policy, Indigenous people in Canada continue to face a number of challenges, including ongoing bias, racial injustice and inequities in all facets of life.

As the Assembly of First Nation’s National Chief, Perry Bellegarde, stated in recent days: “Let’s spare ourselves another futile debate over whether systemic racism exists in Canada. There have been countless reports over the past 50 years, and the conclusion is always the same. First Nations face systemic racism in every aspect of life and from every institution of Canadian society. This is a fact.” Sharron Young, Managing Director of Skawahlook First Nation, further notes “systemic racism has created a government-imposed system limiting sovereignty and self-determination for communities”, which is clearly epitomized by the Indian Act and its resulting impact.

As important as it is for all Canadians to learn about Indigenous history, it’s also critical to understand that Indigenous people have not chosen and are not choosing the systems that exist. Because the systems are so firmly entrenched, they’re not easy to depart from. But, as Sharron Young puts it, “Indigenous communities are working diligently to become self-sustaining (as their ancestors did before contact), to remove dependence on government programs, while taking care of their people through the lens of culture and ensuring a sustainable future for generations to come.”

That work starts with building relationships that are based in respect, openness and collaboration – and includes partnering with organizations who have Indigenous communities and peoples’ best interests in mind. It’s about moving out of the bureaucratic frameworks that say policy (and in fact, life) should look a certain way, a way that’s not aligned with Indigenous ways; about reclaiming Indigenous culture, practices and ways of being – and creating new (or returning to) policies/ways that do align. This work has been occurring and continues to grow/gain leverage, in turn further strengthening the ability of Indigenous communities to heal and flourish.

While there is much to acknowledge, learn and understand about Indigenous history in Canada (and the challenges outlined above), there’s also much to celebrate. Alongside challenge, there is resiliency, diversity, cultural richness and many, many achievements. During Indigenous History month (and beyond), we encourage you to learn, share and celebrate these achievements through some of the following:

It has always been time to acknowledge the history of Indigenous people in Canada and their rich culture. We encourage you to take this time to reflect, learn, celebrate and honour Canada’s first people.